Marek Wencel is a professional guide and adventurer with unparalleled passion for new discovery in remote locations of the world. Besides guiding on such peaks as Kilimanjaro, Elbrus and Aconcagua, his adventures have taken him to the mountains of Alaska, Polish Tatras, Peru’s Cordillera Blanca and Huayhuash, Africa's Remote Rwenzori Range in Uganda, Argentina’s Andes, Mexican voulcanos as well as several expeditions in the Himalayas.

For those from the airline industry, Marek is a flight attendant based at LAX and living in Seattle, Washington where he roams throughout The Cascade Mountains. Under his belt are such Cascade classics as Mt Rainier (32 assents via 9 different routes, including Liberty Ridge and winter ascent), Mt. Baker (North Ridge), Mt. Shuksan (North Face) and many others. He frequently joins international expeditions around the world and over the years of climbing have summited Denali 20,320ft(formely Mt, McKinley), Aconcagua 22,837ft, Huascaran 22,205ft, Mera Peak 21,247ft and Mt Shishapangma in Tibet, at 26,250ft the 14th highest mountain in the world. He also had two failed attempts at Mt Cho-Oyu (26,900ft/8,201m) in Tibet!
Current certifficates: AIARE 1, AIARE 2, WFR, Mt Baker Snoqualmie NF and Olympic National Park Certiffied Outfitter 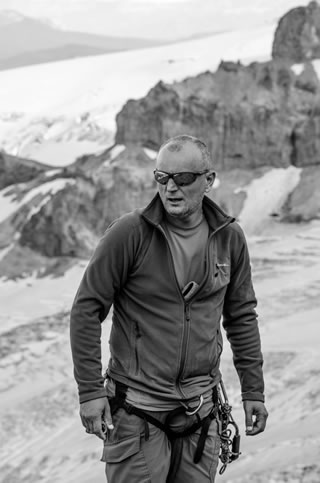 Domi Sherpa has been climbing in the Himalayas for over twenty years, earning his certificates as a professional climbing and canyoneering guide.
Over the years of roaming trough the mountains of Nepal and Tibet, he summited such peaks as Cho-Oyu (26,900feet), Island Peak (20,200feet), Mera Peak (21,247feet), Ama Dablam (22,349feet) and countless more. Domi has led multitude of treks in Annapurna, Mustang and Everest regions, and his experience and knowledge of the mountains and Sherpa culture is invaluable.
His friendly nature and patience is by now legendary amongst Crew Treks participants.
Domi speakes fluent English, German, Sherpa and Nepali 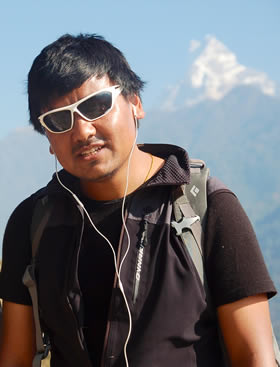 Frumence Maliya had the humble beginnings as a porter, assistant guide and now principal guide. He has been guiding on Mt, Kilimanjaro for years and when asked how many summits he’s reached, he’ll always politely reply “after 100 I stopped counting” 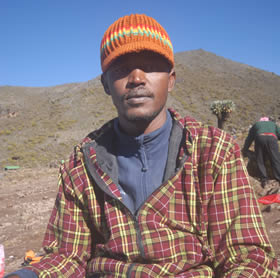 Ania was born and raised in Polish Tatra Mountains, growing up in the same region as many famous Polish climbers.
Once she set her foot in the mountains, she never stopped going back, she loves sharing her passion for climbing with less experienced climbers.
Ania's formal climbing education includes Mazamas Basic Climbing School, Intermediate Climbing School and Mountaineering First Aid as well as many hours of alpine and rock climbing with her friends in Oregon, California and Washington. She has been volunteering with the Mazamas Mountaineering Club by assisting with the Basic Climbing School and the Intermediate Climbing School as well as teaching Crevasse Rescue and Navigation Skill Builders. She is currently in the Leadership Development Program with the club.
When not climbing, Ania enjoys playing bagpipes. 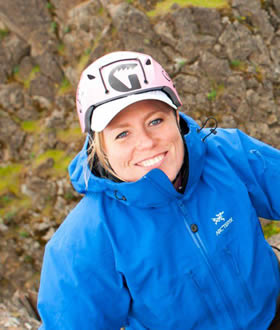 Vladimir has 20-year experience in climbing and guiding throughout The Pamir Mountain Range, Tien Shan, The Caucasus Mountains, The Alps and The Himalaya.
He graduated from alpine and rock courses of Russian Mountain Guide School; he is also an instructor at DAV (German Alpine Club), ENEQ (Canadian Alpine Club), FAR (Russian Alpine Federation)
When not guiding, Vladimir is participating in mountaineering competitions and he is a multiple Russian Champion!
Vladimir is our principal guide in The Alps

Jacek was to born to a sailor’s family and was brought up in the seaside city of Gdansk, Poland.
His heart was subversively divided between the passion for the sea and the steep, rigid summits of the Polish TatraMountains, where he started hiking in the mid ‘90s.
He loves rock and alpine climbing, mountaineering, trekking, surfing and cycling.
Jacek trekked, climbed or skied mountains of Poland, Tennessee, Michigan, BC Canada, Colorado, Montana, California, Washington, Oregon and the Himalayas.
He works as an Emergency Medical Technician in Oregon and also volunteers his time at the fire department in the Portland area. His climbing education includes participation and assists with Basic Climbing Education Program and Intermediate Climbing School and crevasse rescue skill builders with Mazamas Mountaineering Club, Portland Oregon. 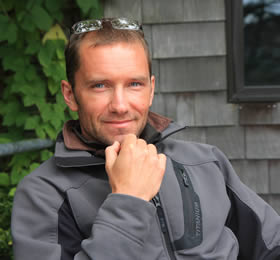 Born and raised in Gdansk, Poland currently resides in Mombasa, Kenya. Asia is the principal guide on African Trips.
Her education and experience with Africa and its culture brings in more in depth knowledge of the continent. She traveled and guided trips throughout Eastern Africa, dividing her time between trekking and climbing and her favorite water sports of kite surfing and diving.
She is fluent in Polish, English and Kiswahili. 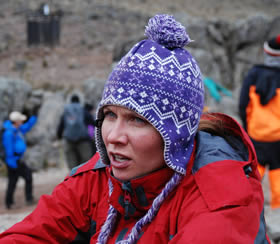 Nicolas Secul-son of Patagonia’s windy plains and harsh weather. He grew up in Punta Arenas, at the Southern tip of Chilean Patagonia.
Nico is Crew Treks principal guide on Patagonia trips and on Aconcagua. He is an expert skier and accomplished alpine climber. His achievements includethe first ski descents on several Patagonian mountains, summiting All Torres Towers, a new route to the summit of Paine Grande and few others. He is an expert on Puerto Natales and Punta Arenas night life...I guess, we will all find out? 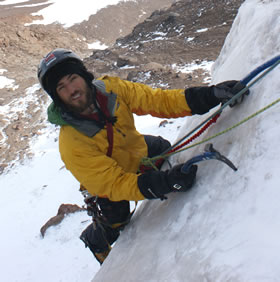 Steven Samuel, better known as Steven san has been a fixture to those crews laying over at Narita Tokyu Excel Hotel. He has organized and led countless airline groups up Fuji San, the adventure is not just a climb up Fuji; it is a long tradition Steven started long time ago. Since he is residing in Japan, Steven is a specialist in Japanese culture and customs-if it needs to be taken care of, Steven will fix it!

Kyohei Oyama, currently living in Sapporo Japan. He is an expert backountry skier, as well as alpine climber. In just few years of his residence in Seattle, Washington he climbed many alpine "classics" like Mt Stuart North Ridge, Dragontail Tripple Coulours, Forbidden Peak West Ridge and more,,, Kyohei san is in charge of our backountry ski trips in Japan. 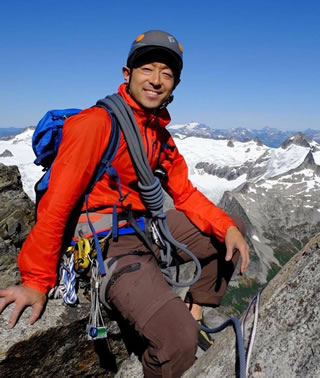